The August 5, 2019 Independence, MO City Council meeting was a lively meeting on a range of topics. Of specific interest was discussion of the Independence Medical Marijuana ordinance, which includes several additional restrictions for medical marijuana businesses. Three people spoke about the ordinance, including a businessman, a veteran patient and one hard hitting attorney who did not mince words about law and following the Missouri Constitution.

Since passage of the Independence Medical Marijuana ordinance, Councilwoman Karen DeLuccie has been “bombarded with emails and telephone calls from marijuana patrons and business people”, informing her that the ordinance violates the spirit of the Missouri Constitution.

Councilwoman DeLuccie states her understanding that attorney fees for any unconstitutional actions are not covered by insurance, so any monies spent defending these lawsuits will be pulled from the Independence General Fund. DeLuccie accepts partial blame for the passing of the ordinance and vehemently “wants to fix it before we get sued”.

Surprisingly, Councilman John Perkins proposed the addition of “a buffer of protection” for retirement homes be looked into.

The Council members received the amended ordinance tonight and did not have time to fully study it. A vote was postponed until next Monday, August 12. 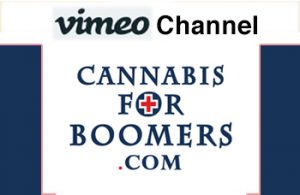 This website includes features that are designed to be convenient and accessible for all ages.

Cannabis for Boomers is an independent, informational resource designed for mature Missourians and those who love them.

Please note: The information given on this website is not medical advice and should not be relied on in this way. Individuals wanting medical advice on this issue should consult a health professional.